Don Brian and I were in a duo called Southern Cross Trawlers 8 years ago until Don left to do time on Norfolk Island (as a teacher!) . Now Don is back, we can get our duo happening again.

We’re not just a subset of the Roaring Forties: our joint repertoire is slanted to Australian traditional songs (lots of convict and bushranger songs) and unusual maritime material sourced by Don from ship’s logs and the like. Margaret’s collection of songs about women in the nautical world also get an airing in this combination. Workshops we’ve done are: Norfolk ‘n’ Good, Sons of Liberty, Songs of the Southern Oceans, and Tapping Tasmania’s Traditions. 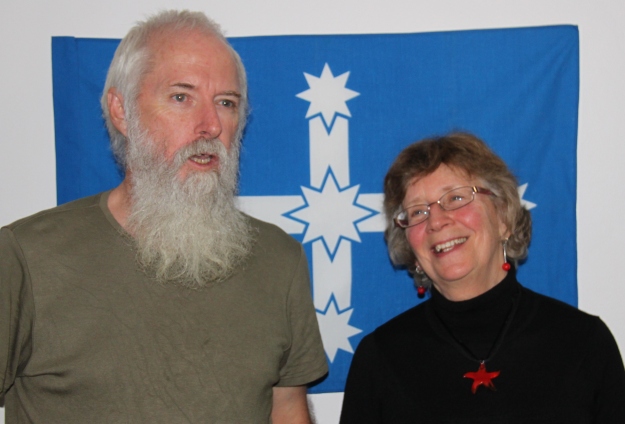 And an mp3 of a song On the Middle Ground written recently by Don is available; John Warner wrote the tune. They can also be heard in the context of  the Roaring Forties CD, Life of Brine.